Member organisation One Voice has launched a campaign to highlight the deteriorating conditions in which the orcas at Marineland, Antibes are living in, and to also voice their concern over the current condition of 10-year-old Moana.

Moana, and the other orcas at the facility – Inouk (his uncle), Wikie (his mother) and Keijo (his brother), show stress-related, repetitive behaviours and now Moana has sub-dermal wounds which are very concerning. One Voice has filed a cruelty complaint against Marineland; for the deterioration in water quality and conditions in which the orcas are housed, requesting an independent investigation be carried out and for a precautionary foreclosure which would bring about an end to orca shows at the facility and prohibit Moana and the others from being transported to any other facility. 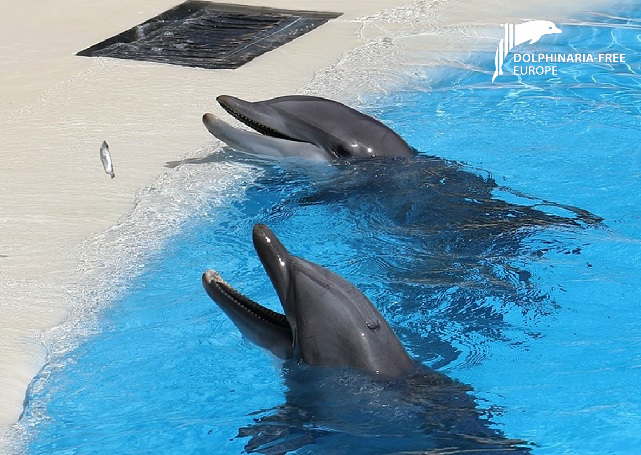 Dolphinaria-Free Europe celebrates the news that travel company Expedia has announced that, having adjusted their animal welfare policy with regards to attractions/activities they offer, they will no longer offer activities featuring captive dolphins and other cetaceans. They plan to implement the policy by early 2022 and are giving providers 30 days to comply with the updated policy or face removal from their site.

Expedia has said they will however feature seaside sanctuaries when established, which offer captive cetaceans a permanent living environment provided they are accredited and do not feature either interactions or performances. This follows the decision by Virgin Holidays in 2019 to cease selling tickets to attractions and experiences featuring cetaceans and we sincerely hope that this move will encourage other tour/travel companies, such as TUI, to follow suit. We would like to send our congratulations to member organisation World Animal Protection and others who have campaigned for several years to achieve this positive result for captive cetaceans, this is indeed a huge step forward as Expedia promotes several European facilities holding cetaceans including l’Oceanografic, Valencia and Loro Parque, Tenerife.

In February this year when Parc Asterix, France closed their dolphin show, two of the dolphins were transferred to Kolmarden Wildlife Park in Sweden. At the time, it was thought that one of the dolphins would be moved from Kolmarden to Germany at a later date, however, it is now confirmed that both dolphins will remain at the Swedish facility.

Kolmarden says this decision has been made as the dolphins have bonded well with the others, and they now wish to keep the ‘pod’ intact. However, by cancelling the transfer of one of the males from France, could it be that the park is hoping this may result in a successful pregnancy, or is it simply to avoid any potential bad publicity for moving an older dolphin. In the meantime, DFE will continue to support member organisation Djurrättsalliansen in its attempt to address this ongoing situation. 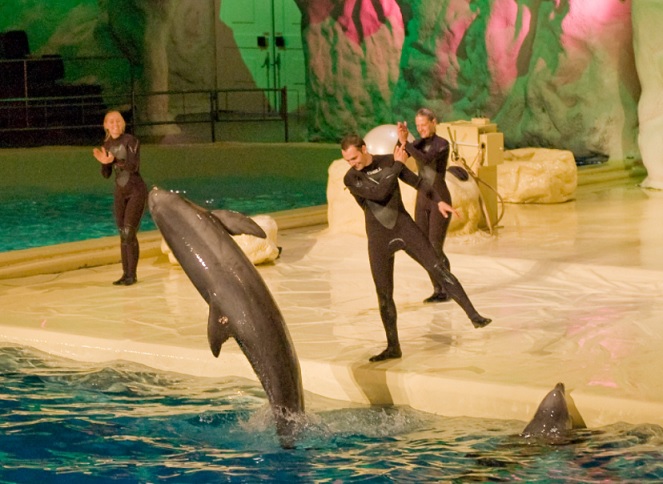 A Dutch Advertising Code Committee has said that the facility’s slogan ‘Discover, Experience and Protect’ gives the impression that visitors are directly contributing to the protection of animals by buying a ticket and that is not true. Harderwijk is appealing against the committee’s opinion, disagreeing that the word “protect” refers to the educational function, which would make visitors enthusiastic about nature conservation.

“Harderwijk is seriously considering sending some of their dolphins to facilities in China, something that we as a coalition are strongly speaking out against”, comments DFE Chair Margaux Dodds. “To even consider sending animals apparently ‘in their care’ to a country where welfare standards in dolphinaria are inadequate at best, or even non-existent does not show any consideration for the protection of their animals. As to the question of the slogan, for the facility to claim the ‘protect’ aspect is educational and makes visitors enthusiastic about nature conservation, it will be very interesting to see what information will be provided by Harderwijk as part of their appeal to support this particular claim.”

In 2018 a workshop was held at a German zoo to discuss ex situ options for cetacean conservation. This led to the creation of the Integrated Conservation Planning for Cetaceans (ICPC), a subgroup of the IUCN (International Union for Conservation of Nature). The ICPC proposes to integrate ex situ measures with in situ efforts in small cetacean conservation plans, including holding individual animals in semi-natural reserves and artificial enclosures and breeding them in captivity. Although it is of course vital to protect wild cetaceans from threats such as habitat loss and fishing gear entanglement, Dolphinaria-Free Europe (DFE) has profound concerns with the idea of pursuing ex situ (captive) breeding of small cetaceans as a conservation measure for endangered species. To this end we have produced a white paper, ‘The Seaworthiness of Noah’s Ark: Ex Situ Conservation Cannot Save Endangered Cetaceans’, outlining our position in this regard, which can be read here. 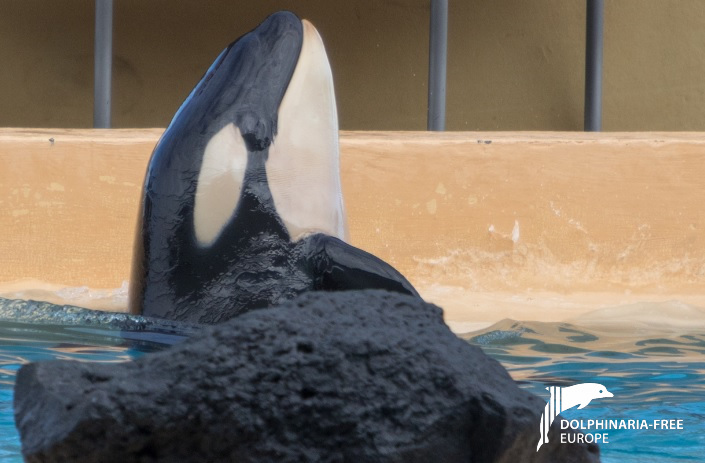 Dolphinaria-Free Europe (DFE) continues to call for an end to the keeping of cetaceans (whales, dolphins & porpoises) in captivity throughout Europe.  The death, at Loro Parque, Spain, of the orca calf known as Ula, the calf of wild-born Morgan who remains at the centre of the controversy of captivity, is yet another example of how these animals cannot thrive in captivity.  She was reported to have died on 10 August 2021 of “a very critical situation”.  Although no further details were given she had been afflicted with an “intestinal pathology” in April 2021.

Only the day before the announcement of her death, Wolfgang Kiessling, the owner of Loro Parque, was quoted in the facility’s blog as stating “It is frustrating and tiring to see the ill-informed requests on the release of cetaceans under human care into the wild or putting them into marine sanctuaries...”.  The blog also states “Modern zoological facilities have been taking care of cetaceans since [sic] several decades. All the scientific evidence shows that currently they have longer living [sic] expectancy under human care than in the wild, which probes [sic] that they receive adequate care and thrive in dolphinariums.”

Yet Ula’s death is a reminder that she is not the first calf to die there (the other was Vicky, who died when she was less than one year old) and that only five months ago (in March 2021), a 17-year-old female orca, known as Skyla, also died.  These deaths are a reflection of yet another failure by zoological facilities when attempting to justify the keeping of orca for entertainment.  In the wild, female orca can live in excess of 60 years and at least one has been estimated to be over 100 years old.

It is DFE’s position that the keeping of all cetaceans in dolphinaria is neither natural nor sustainable and it should be phased out.  We believe an immediate ban on the breeding of orca should be implemented throughout Europe in order to phase out the keeping of this species in captivity.