Dolphinaria-Free Europe strives to provide fact-based information and resources to inform you about the issues of keeping cetacean in captivity.  Below you will find links to these and pages within our website that have further information. 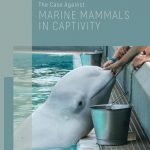 ‘The Case Against Marine Mammals In Captivity‘ is an excellent resource to learn more about the arguments against holding marine mammals for public display. A joint production by Animal Welfare Institute (AWI) and World Animal Protection (WAP) the lead author of the report, Dr Naomi Rose, is AWI’s marine mammal scientist and also a consultant to DFE.
This publication is also available in Spanish,  French, Russian, Japanese & Chinese 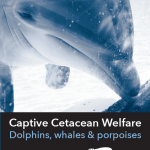 (2015) to help you better understand the issues faced by whales, dolphins and porpoises kept in facilities.  We also have a page that describes more about welfare for captive cetaceans.

In 2011, together with other internationally recognised NGO’s DFE produced an EU ZOO INQUIRY review; EU Dolphinaria, which investigates the keeping of whales and dolphins in captivity in the European Union and EC Directive 1999/22, relating to the keeping of wild animals in zoos.  Published in 2011 the report is also available in both French and Spanish.

A summary of that report is given on our page about the EU ZOO INQUIRY.

A list of some of the scientific articles we refer to is available.

Learn about the Laws and Regulations that govern how cetaceans are protected (or not!) on our page about relative EU Law.

Dolphinaria-Free Europe has been in the News, with regards to the work that we are doing to help cetaceans in captivity and we have our own Video Channel.

Read what eminent scientists say about the keeping of cetaceans in captivity.