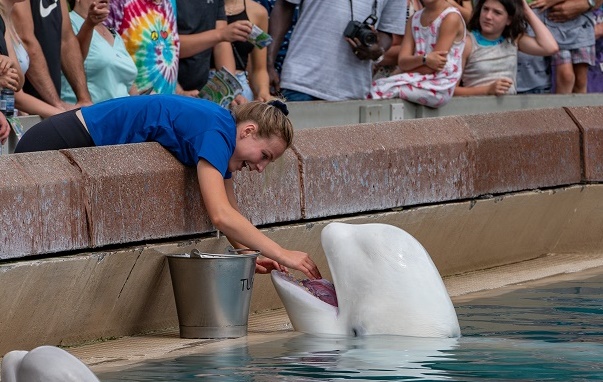 In 2019 DFE called on the public to support our appeal to the Canadian Government to stop the transfer of two beluga whales from Marineland, Canada to L’Oceanografic, Spain.  Since that time we have regularly corresponded with both the Fisheries Minister, Bernadette Jordan, and the Spanish authorities concerned over this issue.

We are pleased to report that following this long appeal, we have received confirmation from the Spanish authorities that the importation of the two belugas will not take place.  Although we very much welcome this news, we will of course remain vigilant, as this does not mean Spain will not consider imports in the future.

We want to thank all who supported this effort by writing to the Canadian Government.  In the case of this proposed import, your action has helped get the result we were working towards.