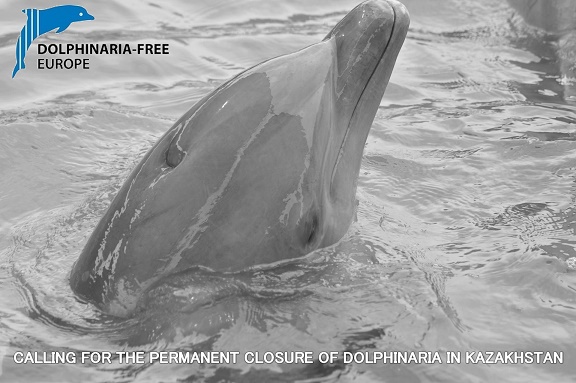 Dolphinaria-Free Europe is supporting the work of campaigners in the country to raise public awareness via schools and social networks on the issues surrounding cetaceans in captivity, and are also asking the government to bring into place laws to prevent the opening of new facilities and address the welfare and conditions of dolphins in existing ones.

The Dolphinaria-Free Europe coalition has written a letter stating our concerns, to the Minister of Ecology, Geology and Natural Resources, whose department oversees such issues in Kazakhstan.  It has been reported that two dolphins from the facility in Nur-Sultan have been returned to Russia in response to the current COVID-19 pandemic, and we are asking that the Minister take this opportunity to close the vacant facility, prevent the return of the two dolphins, and ban any future facilities being established in Kazakhstan.

Add your support to the campaign by sending a polite email to the Minister requesting that:

Please also help further by sharing this alert with family, friends and co-workers asking them to also contact the Minister.

As always, thank you very much for your help!